A Life Cut Short: The Story of the Injustices Inflicted Upon
Danroy “D.J.” Henry, Jr. Danroy “D.J.” Henry was a 20 year old Pace University football player from Easton, Mass.  On the morning of October 17, 2010, he left Finnegan’s Grill in Thornwood, NY to return to his car. A Pleasantville police officer asked him to move his car. In a moment of confusion and contradiction, the officer shot and killed Henry for questionable reasons. Nearly five years later, his family is still searching for answers. This essay will describe the events of that morning and the aftermath of these events.

The Short Life of Danroy Henry

Danroy Henry was born in Easton, Mass. on October 29, 1989. From boyhood, he was known as a lover of sports — soccer, basketball, and especially football.  Sports gave meaning to his life and engaged him with a community of friends and supporters.

He discovered football at Oliver Ames High School in North Easton, Mass. There he met Brandon Cox, teammate and friend, and a passenger in the car that fateful night. Cox recalled, “We were very close. We spent all our summers together. We worked out together. We got ready for football together. We laughed and we rejoiced…together.”

Coach Jim Artz said: “They were just a joy to be around, never in any trouble. If my sons grew up to be like these two, I would have been very happy.”

After graduation, Henry wanted to go to Milford Academy Preparatory School to further work on his academic and athletic skills. “He convinced his family that he would benefit from another season of intensive athletics. He felt that he wanted to maximize his potential and hoped he would mature physically into the type of athlete that would be aggressively recruited by colleges and universities,” according to a website dedicated to his life.

Henry was recruited to play football by Iona College in Westchester County, New York. He stayed with the team until the program was shut down by the College. At that point, he  transferred to Pace University’s Pleasantville Campus and won a spot on the team as a defensive back. On the field and off, D.J. strove for perfection. One of his friends, Taylor Pettiford, commented that “You know, he always had his hat and his shirts and his sneakers color-coordinated. You could tell he was sitting there the night before school, he was eying his clothes so there was no wrinkles in them. And he tied his shoelaces so they’d both fall at the same length.”

Teammate Nick Barrows said D.J. always wanted to please his parents. His arms were tattooed with the words “Family First.” He wanted the respect from his father that he had for him: “You see his father, his father’s an upstanding black man. And that’s what D.J. wanted to be, an upstanding black man. Look at the house that they live in. The first thing that they do is they hug each other and he gives them a big kiss, that’s what their father does, he goes up and he hugs his father and he kisses him on the cheek. Of course he admired him.”

Events Leading Up to the Incident

Pace University’s football team had just played their homecoming game against Stonehill College of Easton, Mass. In a crushing defeat, Pace lost 0-27. This, however, didn’t stop the celebrations that night. For Henry, it was more than just a homecoming football game. He finally got to reunite with Brandon Cox, his friend from high school, and now an opponent with the Stonehill team. Brandon Cox said in an interview with WGBH that it was “just like high school.”

“We ended up beating them pretty soundly. After the game we all came together and both our families went out to eat and it was just like being back home, just like high school again. All our families together, having a meal and just enjoying each other’s company.”

The two young men decided to continue the celebrations after their families left. They, along with two of D.J.’s friends, headed to local liquor store Manor Wines and Spirits, where they purchased some vodka. Brandon Cox stayed in the car because he was underage.

Henry, also underage, went into the store and produced fake identification claiming to be 21 years old, according to Thomas Eckel, owner of the Manor Wines and Spirits. The four friend headed back to their respective homes to before meeting up with Henry at his apartment.

According to the official witness accounts of both Cox and Hinds, Henry had about a drink before they departed. They left his house for Finnegan’s Grill, where people were meeting up for the celebration at around 10:30 p.m. The main police report reads that the boys had “thought about where to party, with the black folks or the white folks.”

When they arrived at Finnegan’s, Henry handed Cox a fake ID and they got into the bar with no problem. The tables and chairs that normally were spread across the restaurant had been flipped over into the booths that lined the walls, to make room for a makeshift dance floor and dj booth. The bar was on the right of the establishment. Henry and Cox didn’t drink while they were at the bar, according to multiple statements from witnesses. They all said that they never saw D.J. with a drink in hand. A friend of Henry’s, Christine Leone, had even offered him a sip of her drink. He refused, saying that he was the designated driver that night. As the night continued the bar filled up with students and locals. According to the official statement of witness Tyler Colangelo: “At about 11 pm, floods of college students began pouring into the bar in pretty large groups. All were dressed up as if they were going to a party. It became packed and hard to get to the bar. It was loud with music playing and dancing in the back of the bar. It became hard to order drinks and get the bartender’s attention.”

As the bar filled, intoxicated patrons began to jostle one another. A fight between two girls had been quickly broken up, but a few minutes later, D.J. and his friends were standing in front of the dj booth when there was a commotion by the door.

According to Stephen Van Ostrand, the owner of Finnegan’s Grill, a shoving match had started inside the bar. A white man in a red t-shirt had pushed another man. Ostrand asked the man leave. In his statement to police, Ostrand said he called the police as a precautionary measure. He was concerned that rowdy patrons might create a problem in the parking lot after everyone had left.

Trouble began to brew when the drunken man asked to leave the bar tried to return. According to Ostrand, “We again escorted him out. While he was leaving the second time the kid in the red shirt punched a window pane and broke it. We got him out of the bar. I told the DJ to turn the music off and to announce the bar is closed and to tell everyone to leave. We turned the lights on. Everyone walked out of the bar. I asked Rob Nugget to call the police because I thought we would have a problem in the parking lot. I went outside and told everyone to go home.”

When Danroy Henry realized that there was a problem, he decided to leave before things got too crazy.

A Fateful Encounter, A Senseless Tragedy

Henry left the bar at around 1:14 a.m., and pulled his car into the fire lane in front of Finnegan’s Grill. He left Cox in the car while he ran inside to get his friends, but only came out with Desmond “Dez” Hinds. Henry, Cox and Hinds were in the idling car waiting for the other two friends when Mount Pleasant police officer Robert Gagnon tapped on the window. “You have to move the car,” he said.

At the same time, another Pleasantville police officer, Aaron Hess, yelled for the car to stay in place. Hess stepped in front of the car to prevent if from moving. The contradictory orders and the conditions of visibility that evening create a moment of confusion. 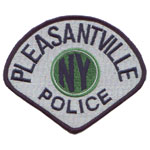 According to passengers Cox and Hinds, the car windows were foggy from condensation and it was difficult to see clearly out the front windshield. Reports are unclear of what happened next. Henry may have slowed down or accelerated, but the car ended up striking Hess,  causing him to fall on top of the hood.

At this point, Hess pulled out his gun and fired four shots into the windshield.  Henry was struck in multiple areas and badly wounded. Passenger Brandon Cox was wounded as well from a bullet graze. Police pulled the bleeding Henry out of the car and laid him face down on the pavement, handcuffing him as the life breath expired in the cool night. A Life Unnecessarily Lost, The Aftermath, and Race

While Officer Hess received immediate help for superficial injuries, Henry was left bleeding out on the pavement in front of the bar. Several students and spectators tried to help Henry, but video shows them being pushed, punched, and threatened both verbally and with guns to back away from the crime scene. A few students were tasered. Though probable still alive, police claimed he was unresponsive to emergency personnel.

Henry’s family believe the police on the scene were negligent in providing treatment. They have sued Officers Ronald Gagnon and Kevin Gilmartin for their lack of medical support in the early moments.

Mount Pleasant Police Chief Louis Alagno told the New York Times: “There was a slight delay because I don’t think that the officers realized Mr. Henry’s condition right away. I believe that there was not a lot of blood.” The Journal News, a local newspaper that covered the incident, wrote that police failure to recognize the gravity of Henry’s wounds could “partially explain why he wasn’t getting immediate medical attention.”

Police Officer Aaron Hess was cleared of any wrongdoing by a grand jury.

He was later honored as police officer of the year by the Police Benevolent Association, the local chapter of the patrolmen’s union in the Pleasantville Police Department.

Henry’s family filed a federal lawsuit against the MVPD. On April 7, 2015, the court closed the case four and a half years after the incident. The prosecution stated the following: “Finally, although racial animus need not be shown to establish a deprivation of rights under color of law, the evidence indicated that because of the darkness, the glare of the headlights and streetlamps, and the condensation on the windows, the Pleasantville officer would in all likelihood not have been able to see who the driver was or the driver’s race.”

The family is still searching for answers.

Cohen, Shawn and Rebecca Baker. “The Shooting of Danroy Henry: What We Know.” The Journal News. April 2012.

Rivera, Ray and Trymaine Lee. “Many Questions on Killing of Pace Student by Police.” The New York Times. Oct. 18, 2010.