Ebola Truths & Consequences is the second annual forum of the Victory Stride. The Victory Stride is an on-going series of programs on topics of social justice history. It is an outgrowth of my interest in the interplay of American culture and society.

Ebola Truths & Consequences stemmed from my alarm over the handling of the expanding international tragedy by politicians and the press. It seemed that the event could serve as a teachable moment in public health and social history awareness.

Having lived through the HIV/AIDS crisis in the 1980s and the SARS outbreak a decade ago (picture below), I remember the consequences of unwarranted public anxiety for at-risk groups. I recall innocent people being shunned and stigmatized, and the consequences were particularly acute when racial factors were involved. I believed that the application of medical facts, social history and culture could help alleviate anxiety on campus. 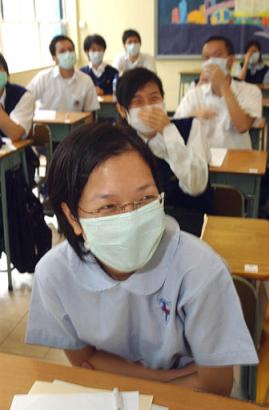 In regards to history, the press portrayal of the afflicted countries of Sierra Leone and Liberia was sorely lacking in perspective. Most reports neglected to document the shared heritage of these countries and America. Both countries were founded as  colonies of the American experience in the years after the Revolutionary War. They were  settlements created to address the quagmire of slavery and race.

Among the early black supporters of Sierra Leone was Paul Cuffe (picture below), a shipping merchant from New Bedford, Massachusetts, who transported blacks seeking self-determination to the colony in 1815.

The first president of an independent Liberia was a free black man from Virginia, Joseph Jenkins Roberts (picture right), elected in 1848. The second was a free black man from Maryland, Stephen Allen Benson, elected in 1855.

All of which is to say that these are not “foreign” countries as such but countries with a shared heritage. And this heritage may help us to appreciate a shared responsibility in the fight against ebola, and the conditions of severe underdevelopment that allow the virus to fester.

The ebola outbreak is not merely a medical issue, or a media issue, but a moral issue as well — and such concerns are best addressed by the arts and the humanities. For that reason, the forum presented creative works on the theme of health, race, and humanity.

The hope is that the forum — as both theater event and online medium — will contribute to awareness on the issue. That, at end, it offers a small measure of interdisciplinary instruction that ties current events to medicine, history, and the arts.

(The first Victory Stride was held in Semel Theater in February, 2014, on the topic of civil rights for racial justice. It was presented in celebration of the dual anniversary of the Brown v. Board of Education decision (1954) and the enactment of the Civil Rights Act (1964). Materials can be found in sub-pages of the website.)