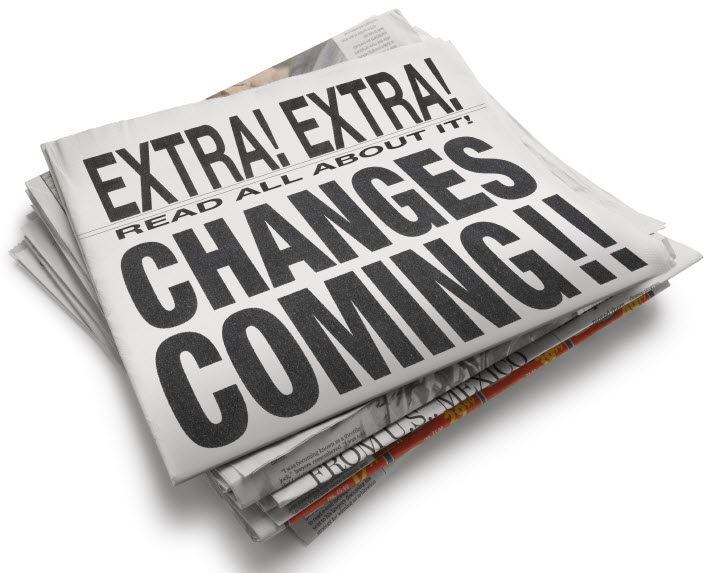 We’ve talked a bit about newspapers so far, and how they’re starting to go down. In fact, it has been theorized that they won’t be around for much longer.

While I was looking around for an article this week, I came across one in The Idea Logical Company blog. You can find a link to it here. In this post, Mike Shatzkin goes into exactly why the industry is failing, and how it’s different from Book Publishing (aka, why is book publishing still successful and newpaper publishing diminishing?) END_OF_DOCUMENT_TOKEN_TO_BE_REPLACED

Ahhhh technology. Isn’t it the greatest feeling to know that there are people working 24/7 to improve ways to communicate faster, to pay for bills using a phone, to actually make deposits just by taking a picture of a check and so on? Technology is getting better every day. And even though I sometimes think that technology takes away from people, I also think that, when used for the right causes, that it’s a wonderful thing.

The short article Facebook Instant Articles Now Support 360-Degree Videos and Photos, by David Cohen, proved to be one of those amazing things that technology has to offer us. Facebook users can now count on 360-degree videos and photos right there, in the middle of an article. The new option was announced by Product Manager Josh Roberts in a Facebook Media blog post on October 20th. “Instant Articles is a complementary canvas for 360 media. Journalists and storytellers can share richer stories and paint more vivid scenes by joining 360 content with other Instant Articles elements that publishers are using to deliver their written, filmed, and spoken narratives. Each Instant Article can contain multiple 360 photos and videos that readers can explore, share, and comment on in the context of a story. Readers will see the 360 content in-line and have the option to navigate by turning their device or by tapping and dragging,” said Robert.

According to Roberts, Facebook launched 360-degree videos just over a year ago, and 360-degree photos in June. The new feature at that time “enabled people to fully immerse themselves in places and situations they may have never seen before.” And the recent released feature will allow publishers to explore their creativity and engage readers by increasing interactivity.

In my opinion, the newest Facebook feature is good news as it will add interactivity to articles. 360-degree pictures and videos will give a richer experience to readers. I’m sure we will hear people’s opinion on that on the next couple of weeks. I cannot see why someone wouldn’t like it, but I’ll keep my eyes open to report on the general opinion of readers experiencing this new feature.

The time has come. This is the end of an era of newspapers anxiously traveling in delivery trucks all night long just to be placed at one’s door first thing in the morning. The end of sharp eyes and hungry hands flipping trough news about sports, politics, entertainment, business, advertising and more. The end of newsstands carrying USA Today, The Boston Globe and The New York Times. This is the 21st century. Why would anyone pay for a printed version of news that can be easily read on a laptop, phone or tablet? Printed media, specially newspapers, seems to be dying. And there’s nothing that can be done about it. Except that that’s not true. The article Print Is Dying, Digital Is No Savior: The Long, Ugly Decline Of The Newspaper Business Continues Apace, by Dan Kennedy, states that the 17th century’s invention has its days counted. I disagree with it. Thankfully, technology has evolved to the point where whatever happens on the other side of the world can be quickly and easily communicated to any person with access to internet at any given point of the globe. Furthermore, as the article pointed out, there are classified advertisement websites such as Craigslist that “came up with a new model for classified ads—free—with which newspapers could not compete.” Yet, this is not the end of newspapers.

Recently I was part of a group of Emerson College students who had the privilege of visiting The Boston Globe. Prior to the visit, I too thought that newspapers and all the other forms of printed publication had their ships sinking. To my surprise, however, after the almost two-hour visit, I completely changed my mind. During the visit, the group toured a couple of departments, including the exciting newsroom. There, for about an hour or so, the newsroom leadership gathered to share newsworthy information, articles, facts, statistics, projects and stories that each department had been working on, in addition to discussing news that could potentially be in the newspaper’s cover the following day. And that was just the first meeting of the day; another one was scheduled for the afternoon hours.

Surprisingly, the American daily newspaper is moving. Some would promptly assume that The Boston Globe is going out of business and closing its doors. Some would be absolutely wrong: the staff and contributors settled on the current building in Dorchester will keep working to expand the newspaper’s great success in the new location in Downtown. The newspaper’s smart moving to the heart of Boston doesn’t quite fit the print-is-dying scenario.

It’s true that there are people who strongly prefer to read news online. I agree that it’s faster and more practical. Phones are checked around 110 times a day anyway… However, spread here and there are many others who would rather wait to read the news in the morning, while appreciating a nice cup of coffee or tea and scrambled eggs, oatmeal or toast, or on their way to work or school. I’m sorry if I’m the one to break the news, but because of the last group, newspapers will live a little longer. On Wednesday when we met, we spoke briefly of aggregators and how sites like HuffingtonPost do not produce content, but rather collect and organize content and build a brand around that. As someone who is unaccustomed to thinking about the nature of sites and their various categorizations, an aggregator seemed like a smart, but lazy way to produce news as it appears to involve minimal investment in contributors while garnering huge returns. END_OF_DOCUMENT_TOKEN_TO_BE_REPLACED