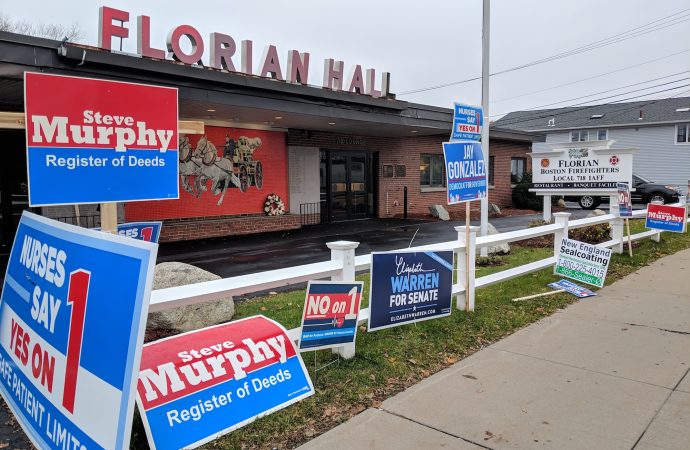 Massachusetts voters re-elected Republican Charlie Baker to be governor for a second term.

Prior to the election, Baker had the highest approval rating in the United States. Dorchester residents were split at the polls when casting their ballots, and Boston election results showed 50.7 percent of its voters favored Gonzalez. Elizabeth McCleary, who voted at the Harbor Point Technology Center, said she feels out of place in Boston as a Republican but due to her strong party ties, she supported for Baker. “I don’t think I would have been able to walk out of there if I had voted for a Democrat,” McCleary said. “I would have been struck by lightning before I voted Democrat. I obviously voted for a Republican.”

Boston resident Alex Combs, also voting at Harbor Point, had a different opinion citing a Massachusetts’ history of electing Democrats.“Generally I’m not super thrilled with how he’s been handling policies and stuff. He makes a lot of promises he hasn’t been able to keep or that he hasn’t been able to fulfill completely,” Combs said. “We’re generally a Democratic state so having a Republican governor feels like a weird disconnect.”

Boston newcomer Angela Pangan echoes that sentiment, saying she usually votes for more progressive candidates. “I just moved here. I’m from California so I don’t really have a lot of information but I do always vote democratic,” Pangan said. Progressive and left-leaning voter Ron Dibiase said he knows Baker is favored to win re-election. Dibiase shared he only started listening to the news again around this election and determined that Baker’s conservative approach in handling the state’s issues is not something he can agree with.

“I like Baker in many ways and it was only around this election, listening to the media again, that I learned there were some things I might not agree with about his approach that I did not know before, which is why I was leaning towards Gonzalez,” Dibiase said. “Baker is more of a conservative fiscally, Gonzales is much more prioritizing human welfare issues.”

“Charlie’s one of the politicians if you meet him, you like him, and the more you get to know him, you love him,” Madden said.