In January 2015, I paid homage to a refuge for runaway slaves in northern Florida. I first learned of the heroic exploits of the town of Mose years ago. I wanted to see how well this precious site of American history has been preserved by local authorities. The formal name of the town was El Pueblo de Gracia Real de Santa Teresa de Mose. It was known also as “Mose” (pronounced Mo-say) and by the name of its defensive fortification, “Fort Mose.”

Today the site is part of the Fort Mose Historic State Park under the management of the Florida State Parks Department. It is located on U.S. Route 1 about 2 miles north of the medieval city of St. Augustine. The town of Mose was an island outpost and refuge for Africans escaping the British colony of Charleston, South Carolina, between the 1730s and 1760s. It was founded during a period of struggle for dominance between American Indians and Spanish and British colonists. Spain, long afraid of the rising British colony in Charleston, had an interest in creating a defensive buffer zone.

One group of escaped Carolina slaves founded the Mose settlement. Some had fought against the British in the Yamassee Indian wars that broke out in 1715 and flare up for years afterward. Their leader was Francisco Menendez, an African-born commander of a slave militia that sided with the Yamassee Indians in the rebellion. In the 1730s, they petitioned the governor of Spanish Florida for freedom and after some years it was granted along with an area of island swampland for settlement.

The island outpost of Gracia Real de Santa Teresa de Mose was the first free black town in colonial America. Established in 1738, the island featured a stable population of about 100 for decades (compared with St. Augustine population of 1,500 to 3,000 including 400 blacks free and enslaved). Mose residents negotiated terms of settlement with the Indians and Spanish, among which was coordinating forces with the Spanish militia. The settlers of Mose established a town of freedom. It became a beacon for runaways from the Carolina plantations and protected its members from claims for return. The 1738 settlement caused tremendous concern among the British who feared it would instigate unrest. That fear was borne out a year later with the brutal slave rebellion at Stono Bridge near Charleston.

In 1739, outraged planters organized a militia to raze the town. Residents of Mose prepared to defend the town from invasion by using their knowledge of the swampy terrain and skills to construct a log fortress. In May 1740, the outpost was besieged by a militia from the colony of Savannah, Georgia.

Savannah was a route for people leaving the Charleston plantations. The town had its own challenge of preventing slaves from absconding to Spanish Florida. 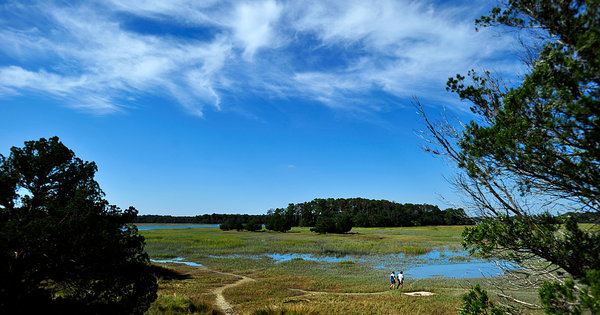 To this day there is a creek outside the city known as “Runaway Negro Creek.” The origin of the name is open to interpretation.

In May 1740, the British militia sacked the town of Mose and took occupation of the fort after residents evacuated to St. Augustine. The residents regroup in the Spanish town and planned a counter-offensive. In June, they returned with reinforcements to retake Mose. A bloody battle ensued between the British force and a freedom militia of black fighters and 300 Spanish soldiers.

The British suffered heavy casualties – 68 dead and 34 captured – before fleeing the outpost to Georgia. They destroyed the fort in retreat. By 1752, Mose was restored on an island adjacent to the original outpost. People lived free until 1763 when Spain lost Florida to Britain and evacuated residents to Cuba. The people of Mose decided to take their chances in different places. Some relocated to Cuba while others put in with the Yamassee and Seminole Indian tribes, among others.

The Florida State Parks created a small but impressive museum and landmark at Fort Mose Historic State Park. The park is well built and features a museum, walkway with informational boards, and archeological site. The museum tour begins with a 15-minute video to introduce the background history. The video, unfortunately, was in poor condition and simplistic in production. I would suggest redoing it as soon as possible or simply use the clip from Youtube. It features the exhibit highlights such as installations, artifacts of agricultural tools and ordinary utensils, and panels of information.

The Parks Department rents the site for weddings and other events. During my visit, the shared arrangement left a jarring sense of disrespect. There was tension between visitors honoring a precious site and a wedding party out to have a good time. I suppose this is a necessary concession to the limited funding for cultural institutions. It needs to attract outside sources of revenue to keep going.

The most impressive experience is a boardwalk leading deep into the swamps to a platform overlooking the original island outposts. It left me standing in the silence of the wilds imagining the hustle and bustle of the free black town of Mose.